A couple of weeks ago I was able to get back to Ontario, NY to see my family.  I took my son Owen with me and showed him where I learned to play golf and fell in love with the game.

I have always reacted well to challenges and obstacles in my life.  What hooked me onto the game of golf was simply the challenge of trying to hit balls between these two trees. 45 years ago, these now old, broken down trees were healthy and beautiful.  As a kid I would get up early before school, walk down our driveway about 100 yards with clubs over my shoulder, shag bag of practice balls in hand and just hit balls trying to clear the creek and keep the balls between the trees.  They were about 125 yards from the corner of the area where I would practice from. 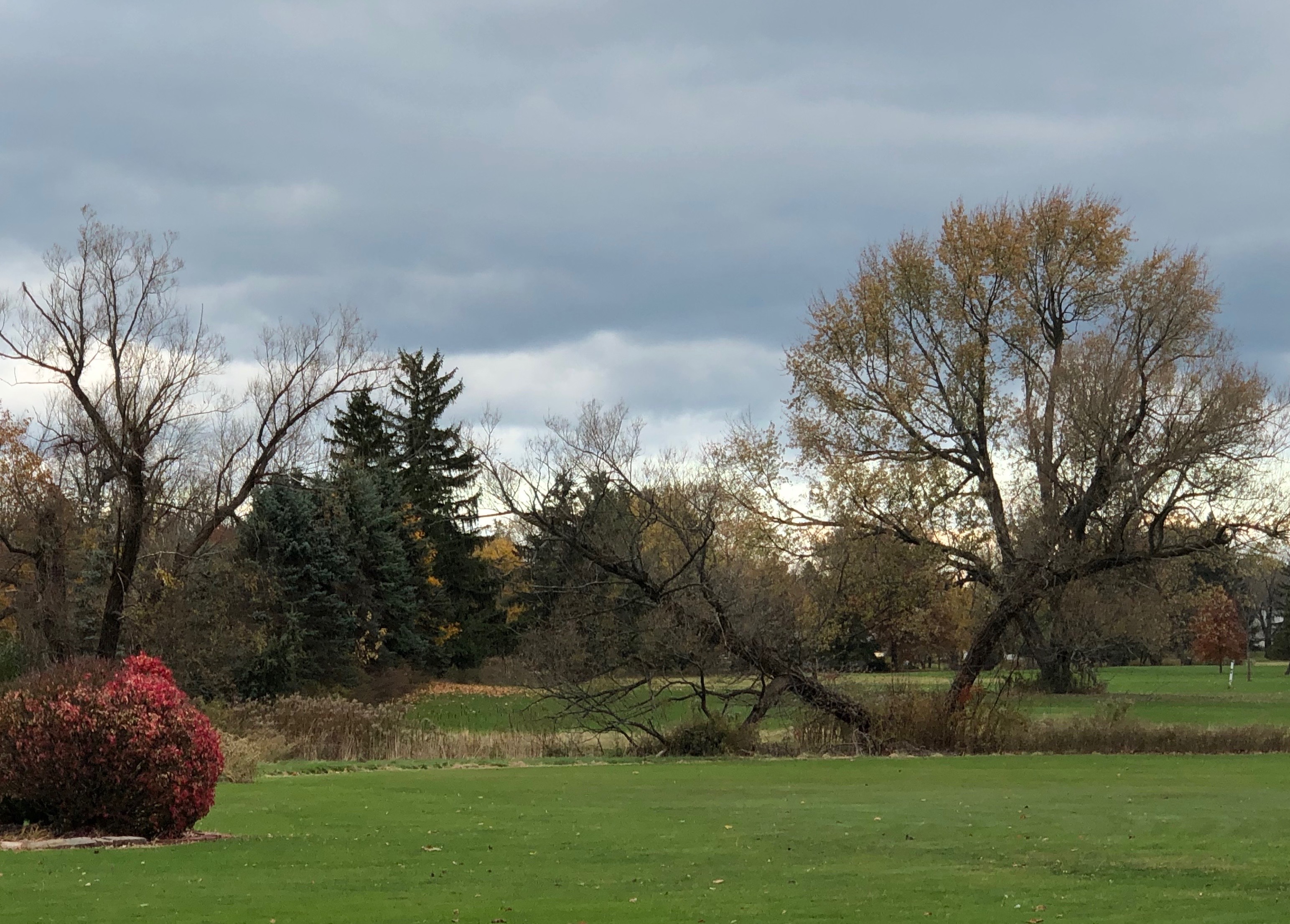 Since I didn’t learn on a driving range where the practice balls were picked up for me, there was a consequence for every ball I hit.  Every ball had to be picked up by me.  I also had to walk through the creeks and woods on the golf course to find the balls I would practice with, so they were valuable to me.  Once I had hit my shag bag of 50-60 balls, I would walk out to the middle of the pattern where all the balls lay, drop my shag bag and then chip the balls as close as I could to it, then pick them up.

As I reflected on the lesson that practicing in that environment taught me, I realized that I learned invaluable lessons in not just golf but life as well.  First, I learned discipline, and time management.  If I wanted to get good, I needed to get to bed early enough to be able to get up early enough to have time to practice before school.  I also had to hit my shag bag of balls, chip them and then pick them up with enough time to make it on the school bus.

I also learned consequence.  Every ball I hit had to be found, chipped to my bag, then picked up. The bigger the pattern of my missed shots, the more time it would take me to pick them up.  I knew if I missed my bus, I wouldn’t be allowed to practice any more, so it mattered. It also developed my short game skills.  Every ball that I hit also had to be chipped or pitched.

Unfortunately, I think club face control and ball curvature are pretty much a lost art in the youth development today.

On the other side, what I did not learn was anything about the path the club head swings on.  I had no lessons, and not sure if it would have helped anyway.  Today, we understand much more about the golf swing than when I learned to play.

If you know me, I like to keep things clear, simple and to the point.  I broke down the golf swing into 3 major components.  Club face, club path and body movement.  Once a player has learned a solid set up in every lesson, I am typically working on one of those areas.

As a youth I learned from an amateur player that I caddied for, that you had to make your body turn back on the back swing, then turn through so your body was pointing at the target in the forward swing.  Consequently, I developed a pattern of getting the club behind my body with the face of the club rotated open, resulting in my primary miss to the right of those trees.  By only having the club face to work with I learned to hang back on my right foot to the close the club face quickly, compensating for missing to the right.

When I put that whole experience together, I can see the value of both worlds.  Learning the way I did developed discipline, time management, targeting, club face control, consequence, and short game skills.  What I did not learn was anything about path or swing plane, so I ingrained a pattern in my swing plane that gave me a small margin of error, misses that were too big and a swing that relied too heavily on perfect timing.

As I reflect on both worlds, I can see the value of both. I would have liked to have had a skilled coach that could have directed me with my swing mechanics so that I was developing and ingraining a pattern that would not have to be re-learned and replaced later.   On the other hand, I know that students would be much better served if they had the consequence for every single practice shot they hit.

It’s possible today to get the best of both worlds.  A player today can receive quality instruction so that their time and effort put in on the range helps develop a golf swing that yields good missed shots and a tight shot pattern.  It’s also possible today to practice in a way that has consequence. Challenge yourself to hit specific targets every time.  Make every shot count in practice because they do on the course and as a discipline, for every full shot you hit in practice, hit one short game shot.